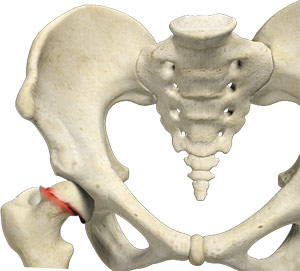 What is Slipped Capital Femoral Epiphysis?

Slipped capital femoral epiphysis (SCFE) is an unusual disorder of the hip where the ball at the upper end of the thighbone (femur) slips in a backward direction. This is caused due to weakness of the growth plate. This condition is commonly caused during accelerated growth periods such as the onset of puberty.

The cause of SCFE is unknown. However, in most cases it may be due to being overweight or from minor falls or trauma. Slippage of the epiphysis (ball at the upper and of the thighbone) is a gradual and slow process, however, it may occur suddenly in cases of trauma or falls.

The typical symptoms of SCFE include several weeks or months of hip or knee pain and limping. The affected leg may be turned outwards in comparison to the normal leg and may appear shorter.

Early diagnosis of SCFE gives a chance to achieve the treatment goal of stabilizing the hip. The treatment is mostly in the form of surgery which prevents any additional slipping of the femoral head until growth stops. Depending on the severity of the condition, your doctor will recommend one of these 3 surgical procedures: